Smart Cities or Smart Cities are projects in which a certain urban space is the scene of intensive experiences of IoT context-sensitive information and communication technologies, urban management and social action driven by solutions and intelligent systems such as ITS - Intelligent Traffic System. These projects therefore aggregate three main areas:

The main goal is to create conditions for sustainability, improve the living conditions of populations and foster the creation of a creative economy by management based on data analysis. 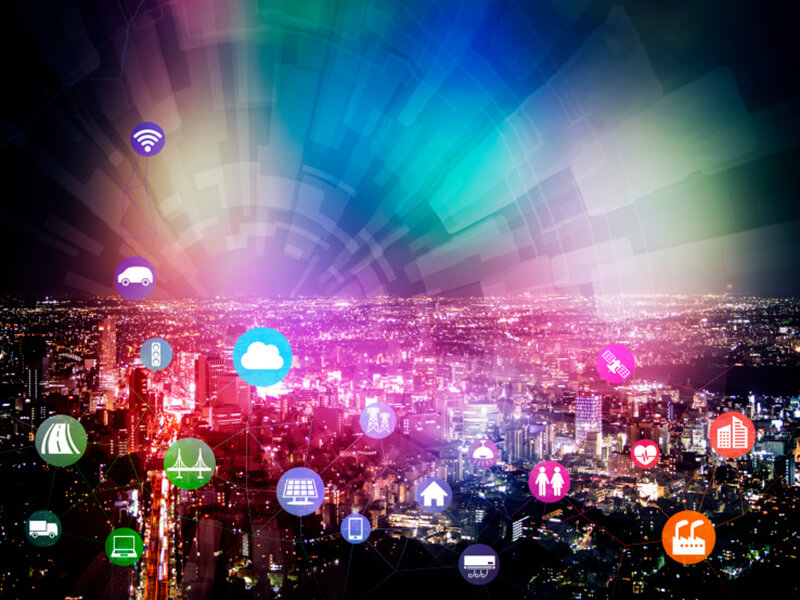 Cities have never been so crowded. 200 years ago, only London, Tokyo and Beijing had more than one million inhabitants. Today there are 442 metropolis that hit the seven digits. More than half of the world's population already lives in urban centers and, according to UN estimates, by 2030, this percentage should rise to 70%. With so many crowded people, problems arise - traffic, pollution, homelessness and access to health - but also innovations - and they are increasingly hi-tech.

The concept of smart cities is defined by the use of technology to improve urban infrastructure and make urban centers more efficient and better living. The idea has gained momentum in the last five years and was driven by zero-building smart cities such as Songdo in South Korea and Masdar in Dubai.